Two boxes of Perry Miniatures Sudanese Tribesmen were part of the goodies bought at Cavalier. The first few have now been assembled, there are 40 figures to a box, great value at 45p each (plus labour!) 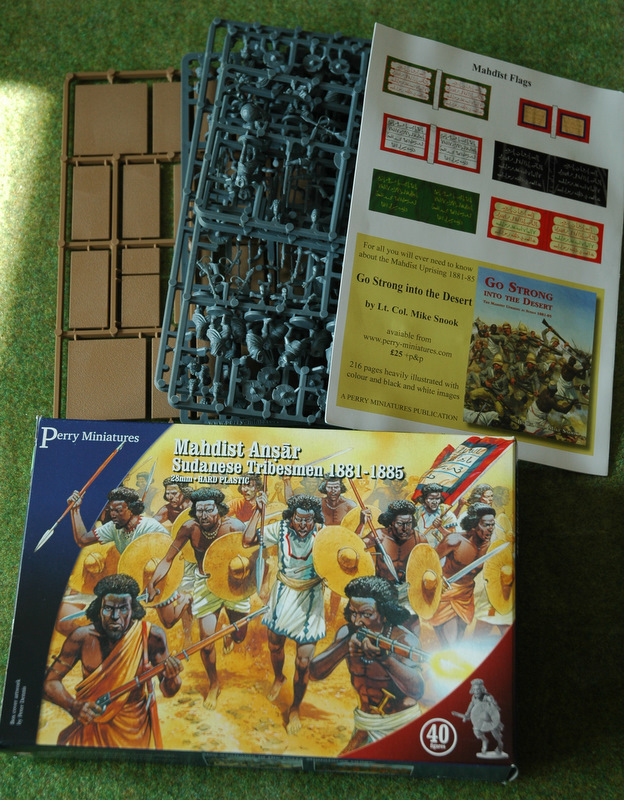 The box contains 3 x main sprue and 2 x "command sprue", as well as a set of plastic bases (for eBay) and a leaflet about Sudanese dress with some nice banners included. 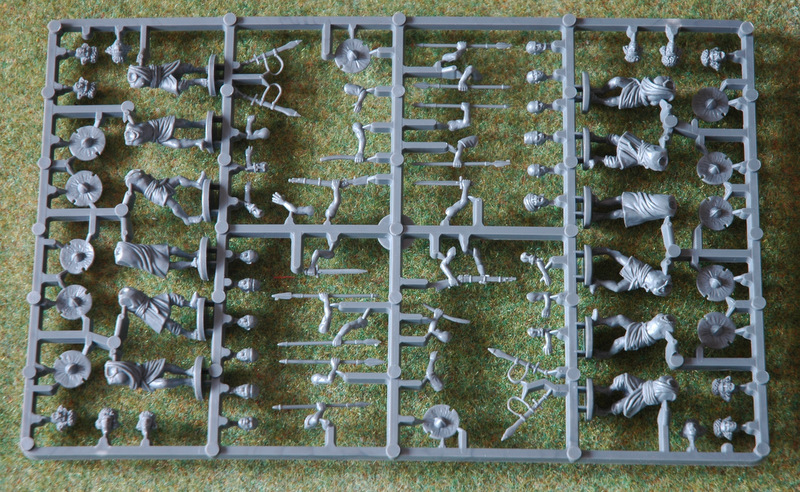 There are enough heads in the box to field every figure as a turbanned Arab or every figure as a Hadendowa / "Fuzzywuzzy". There are a mixture of weapon options on the basic sprue but only exactly enough arms in total so every weapon set will have to be used (you cannot make all spearmen or all riflemen from one box.) 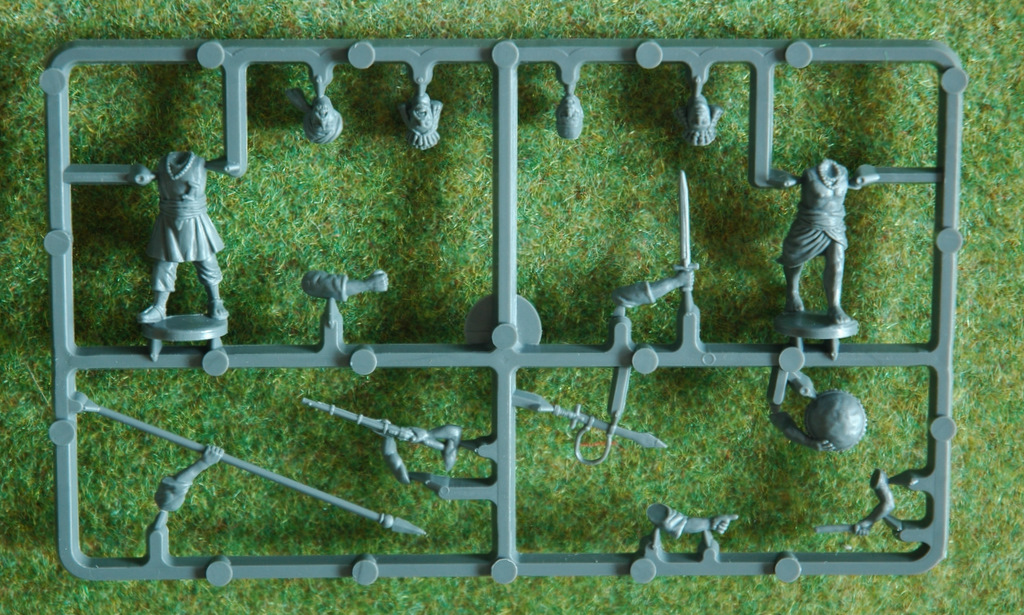 The "command sprue" again allows both figures to be either Hadendowa or Arabs and this time there is more choice of arms. You get a rifle, a sword, a drummer or a clenched fist and left arms holding a flagpole or pointing.

The figures go together very nicely as you'd expect. The arm options and seperate shields mean you can get a huge variety amongst your mobs of Mahdists. Pondering on the huge number of spare heads in a box I tried a quick experiment with some spare Wargames Factory  "Numidian" bodies and I think they go with the superior Perry figures rather well. (Front row 2nd and third from the left.)

If you can pick up any of these very cheaply they do add a bit of variety to your warbands and for the frugal use up some spare heads.