It has been good to see how people are making the most of their extra hobby time caused by the Covid lockdown. Premier amongst those are the new series of 17th Century scenario "booklets" produced by Barry Hilton (Wordtwister Publishing.) Have a look at the webshop here: shop 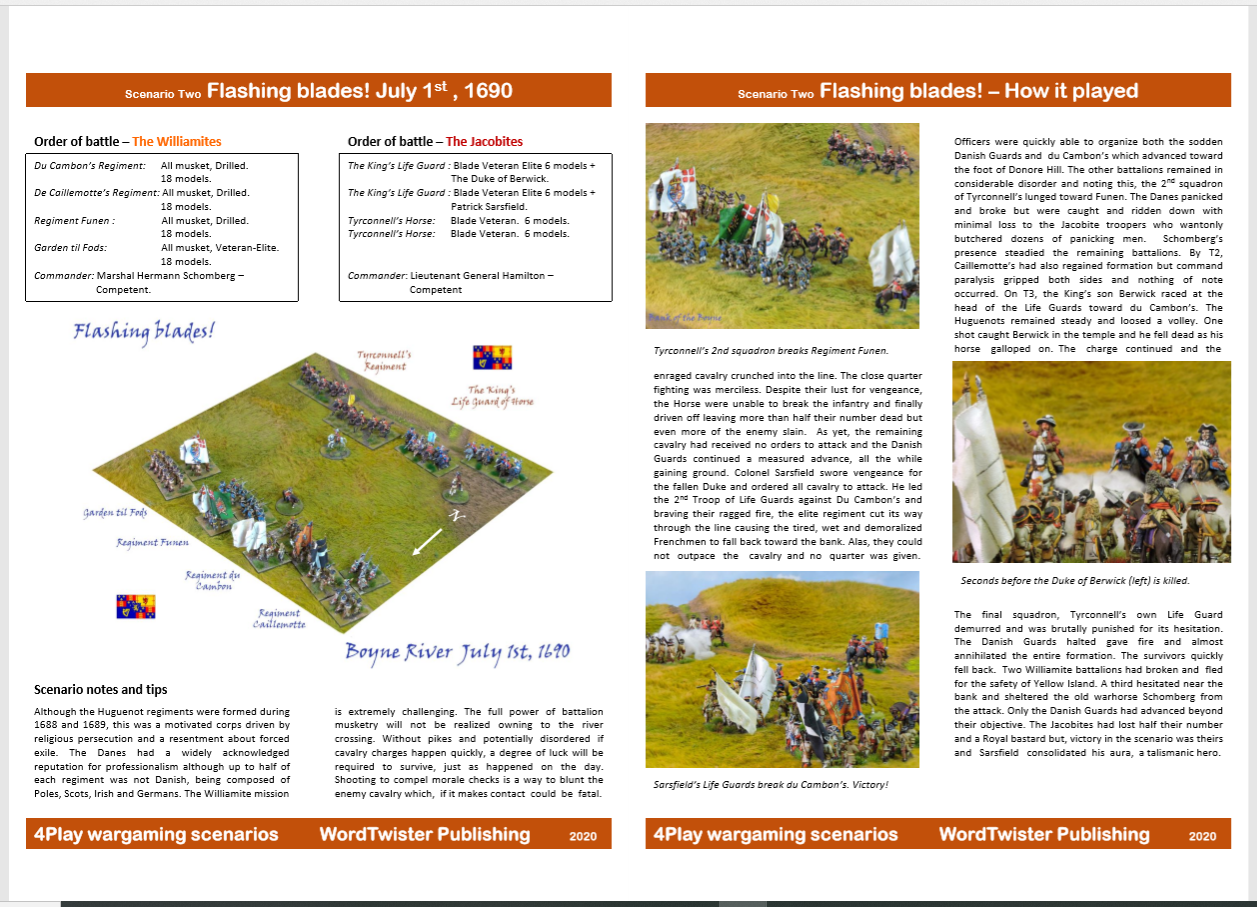 Each of the packs contains a selection of vaguely linked scenarios along with the background and uniform detail where appropriate. In Barry's own words,

"The 4 Play concept is designed to achieve multiple objectives for the wargamer First and foremost, it aims to be entertaining In a series of small, quick games, players can grab an hour and complete a single mission or, spend a session completing two or three making for an enjoyable afternoon or evening.)" 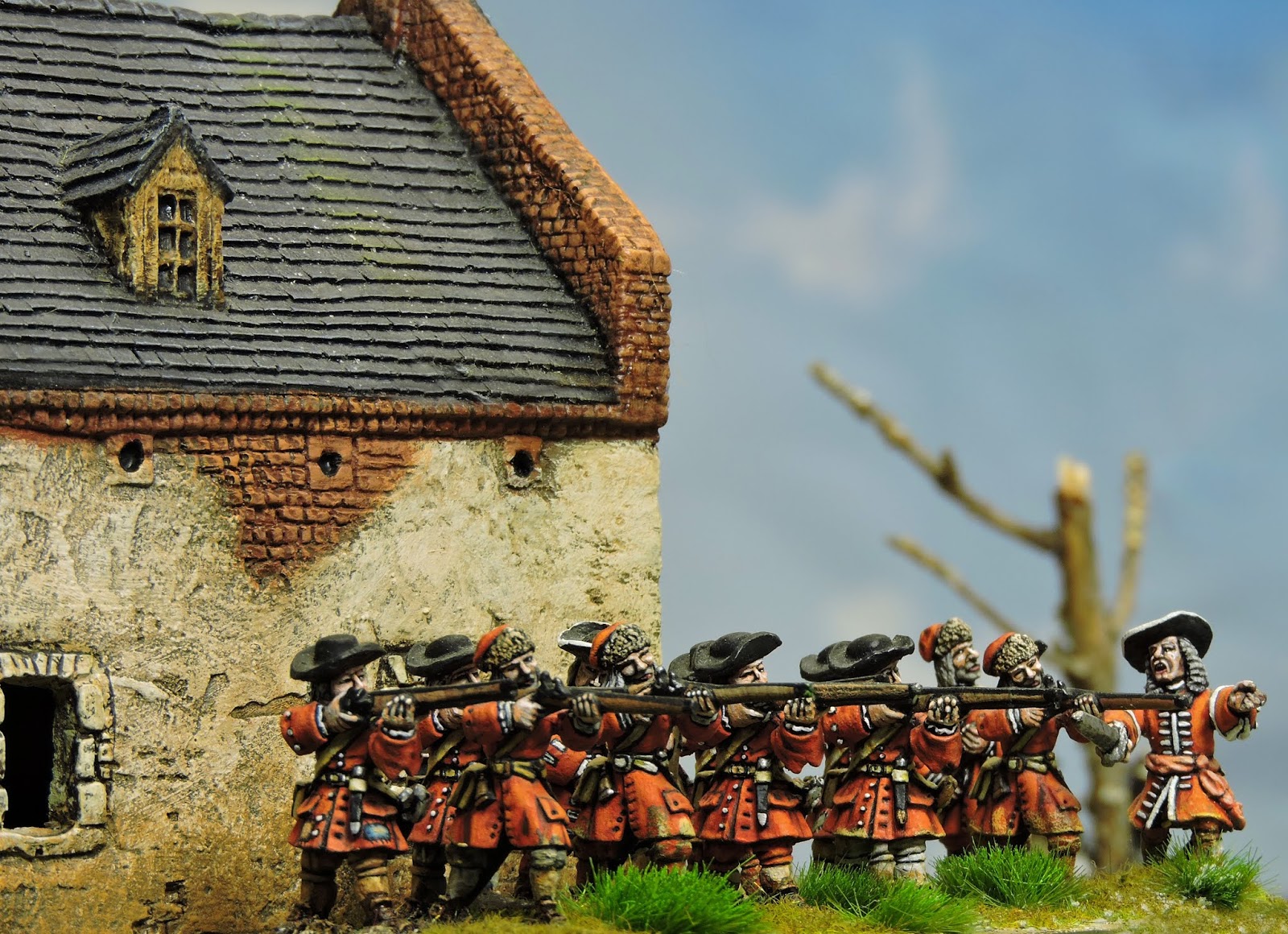 This sounded ideal to me, I already have a disparate bunch of 17th Century figures with odds and ends from the ECW, Three Musketeers and War of the Grand Alliance and it is nice to get even a small selection of them on a tabletop. After a good giggle about the name of the project (I'm still very unsure about the idea of paying for 4play...) I had a close look at the sample copy that I had been sent. Small tables and a not too many figures seem to tick all the boxes for quick fun games that can be done over Zoom or Jitsi whilst social distancing is still in place.

As my current detour from the project that is itself currently distracting me from my planned hobby painting, is 17th Century naval games, I flicked first to the naval scenario. A fight in the Gulf of Hormuz, ideal for the smaller vessels and limited numbers that suit my nascent fleets. But then, wait a minute, what the hell are those? Bloody Xebecs!

The Xebec was the descendant of the pirate galleys that plagued the Mediterranean Seas.  They were elegant and fast, lateen sailed ships with a decent broadside and the capacity for a large crew for boarding actions. An easy addition to fleets in dinky little 1/2400 models but not easy to find in 1/450 scale that I favour... After some fruitless scrabbling around on the Interwebs, all I had discovered that might be suitable was the Pirateology models that must be made of solid gold to command the prices that they do, or print your own 3D models (I don't yet have a 3D printer...) I did  read througha lot of modelling articles in all sorts of materials and that did twig me to a posible donor model, that might allow me to kitbash a couple for my own cheapskate requirements. I dug out the freebie Black Seas sloops that had been taped to the front of one of the Wargames magazines. Quite a small tubby looking boat but suitably heavily armed and no shenanigans cutting it down to the waterline needed. The masts would be no good but are easily replaced. The trickier part would be adding the distinctive pointy prow and overhanging stern that give the type its distinctive looks. I liked the whole notion of pirates and Middle Eastern raiders anyway so I thought I'd give it a go. So far I have added some plasticard pieces to give me the overall outline. Next step will be building on that skeleton with a few bits of putty work to make it look like all one boat. Then new spars and sails. If the process is not too painful I may end up with a small flotilla of Xebecs. (Of course if you have any sense just get the scenario packs and play them with whatever figures/models you have to hand...)

If you want to see how these ended up have a look on my Workbench blog here...